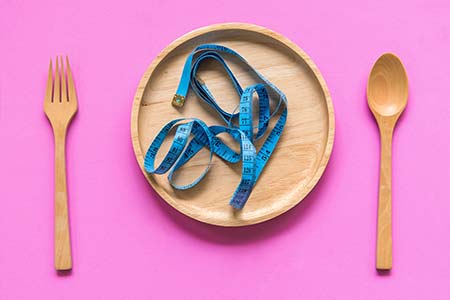 Eating disorders are NOT a diet gone wrong. They are a complex set of symptoms that interfere with a person’s ability to live healthfully. Anorexia, Bulimia, Binge Eating Disorders (BED) and Food Addiction are marked by obsessive thoughts and compulsive behavior regarding food, weight, body shape and size. Symptoms of an eating disorder include but are not limited to restriction, binging, purging, overeating, compulsive eating, over exercise, diet pills, diuretics, and laxative abuse. A person with an eating disorder will often have unrealistic, self-critical thoughts about their body and the idea of perfection. It is a pervasive illness that affects one’s ability to function interpersonally, psychologically, and medically. One will often engage in eating disorder symptoms to give a sense of control or mastery over one’s body and food when life otherwise feels out of control.